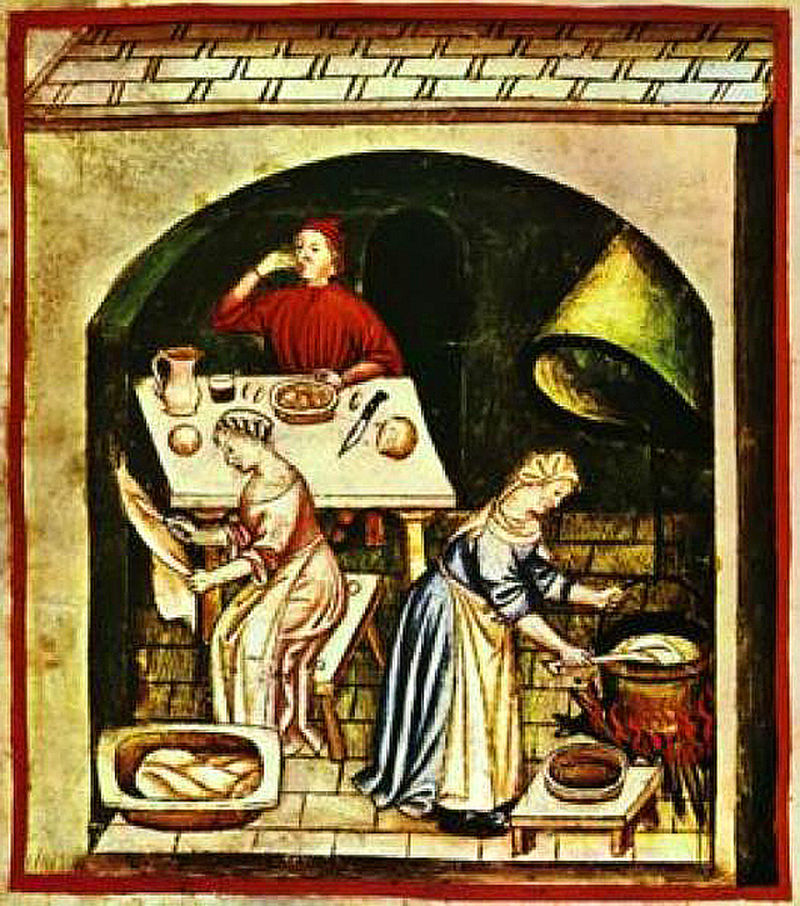 I have decided to begin this journey with The Vivendier’s first recipe. This recipe is for a mustard sauce that in this case is used to cook chicken.

Here is the original text.

For this and all of the recipes I will be using Terence Scully’s english translation. Here is the recipe in english.

Firstly, to make a barbe Robert. Get a little clear water and set it to boil with some butter; then add in wine, mustard, verjuice and such spices and as strong as you like, and let everything boil together. Then get your pieces of chicken, put them in and let them boil only briefly; then roast them. Watch that there is a reasonable amount of broth. It should be coloured a little with saffron.

Here is what I did…

Reading through this recipe it seems that the sauce is used as a hot marinade/cooking liquid and also to baste the meat while it is roasting.

I chose a prepared mustard because dijon mustard is made with white wine or verjuice and because the recipe didn’t say ground or whole mustard which would have meant I needed to use the dried spice. I steeped saffron in verjuice to get the color out of it.

The sauce is made by melting butter in water and when it is boiling add wine, mustard, verjuice, grains of paradise and salt (no picture).

The original recipe says to put pieces of chicken into the sauce to boil. I chose to use boneless chicken breasts for this preparation.

Once all the ingredients for the sauce were added and brought to a boil I added the chicken breasts to the pot.

The chicken and sauce were brought back to a boil and cooked about 5 mins.

I moved the chicken to a pan to be roasted, and added the sauce to baste the meat with as it cooked.

The chicken was cooked until
the juices ran clear.

Once the chicken was removed from the pan it was served immediately.

Tasty! The sauce is creamy with a good mustard bite. Boiling the chicken in the sauce reduced the cooking time and basting with the sauce kept the outside of the chicken from over cooking and getting dried out before the inside cooked.

I think the only change I might make would be to add a bit more salt to the sauce.  I may try the dish again at some point and add some other spices I think that a bit of coriander would be very good.